Surviving after the death of your child 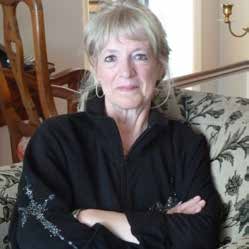 In April 2013, Charlotte Légaré died after a struggle with pancreatic cancer. Charlotte was the beloved daughter of Laurette and Gaston Légaré, and the wife of Pierre Dansereau.

A parent should not have to experience the extreme sadness associated with the death of a child. However, that is exactly what Laurette Légaré did. Today, at 97 years old, she has survived the passing of her husband, son, and daughter, Charlotte.

Charlotte, a woman, a colleague, and a good friend

For twenty years, Charlotte worked at McGill University in the Graduate and Postdoctoral Studies Department. She was highly esteemed and deeply loved by her colleagues. In 1995, she was awarded the prestigious Award for Excellence in Service. With this award, the members of the administrative and support staff acknowledged Charlotte’s outstanding contributions to graduate and postdoctoral education. Charlotte was considered the heart of her department. In her honour, the university even lowered its flag to half-mast the day of her funeral.

Charlotte did not die in vain 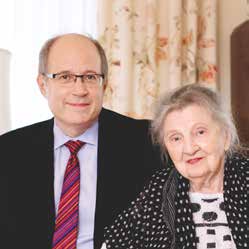 No amount of money can bring Charlotte back. However, for Mrs. Légaré, creating the Charlotte Légaré Memorial Fund is one way she can keep her daughter’s memory alive and perhaps even save some lives in the process.

“My gifts to the Cancer Research Society are my way of honouring her memory. I know that the money I give to the Society will go directly to funding research in pancreatic cancer – the cancer that ultimately took my daughter. I don’t want another family to go through the same suffering I did.”

“We must move forward. It’s important for us to give some meaning to her death while at the same time thinking about future generations,” said Pierre Dansereau, Charlotte’s widower. “Charlotte would be so pleased that we have honoured her memory in this way and that research into pancreatic cancer will continue because of her.”

The legacy of Charlotte and Laurette

The Charlotte Légaré Memorial Fund was created in 2013. To date, the donations to the Fund have financed three promising research projects in pancreatic cancer – projects that would not have seen the light of day without Mrs. Légaré’s support.

“I know that my gifts also have the power to attract more donations. I hope that through my example others are inspired to give in order to fund cancer research,” Mrs. Légaré stated. “I hope that over time, we will be able to finance more research. I am delighted to hear about the advances made thus far in pancreatic cancer detection and treatment. I know that my gifts have contributed to these advances. I am happy that I am doing my part.”

Mrs. Légaré is acting according to her convictions. Not only has she created the Fund, but she has also included the Cancer Research Society in her will. Thus, her legacy of giving to research will live on even after she is gone.